What Are Your Main Requirements in a Paperless Solution? When company leaders decide to leverage new technologies in the workplace, they often have an idea of how the implementation and subsequent usage is going to turn out.

For instance, consider the owner of a small business changing from PCs to Macs in the office. In order to create the least amount of disruption as possible, the administrators are likely going to pick the technology that’s closest in format to PCs.

Moreover, when they order all of the parts and software, managers will most likely order the same or similar types of software workers were using before.

Requirements aren’t rare in these situations. When making important decisions of this nature, business leaders are not only going to demand certain accouterments, but they’re will also need the help of their workers in making sure everything runs smoothly.

This is especially true if the owners are making sweeping changes, like going from a paper-full office to a paperless one with the help of electronic document imaging tools.

There are certain things that leaders will ask workers to do—like scan and then digitally label all files—and a number of elements they will demand from the software, such as the ability to password-protect records.

What are some of the most common things that business owners should consider non-negotiables before turning to a digital system?

According to Bloomberg BNA, one of the things that many company owners need to feel comfortable digitizing is reliable security features in place on computers. After going paperless, all of a company’s critical information will be on the network, meaning that a breach could be disastrous.

The news source reported that Morrison & Foerster LLP partner Janie Schulman named security as the first demand on a list of factors that needs to be present when human resources departments go digital. This also means regular checks to make sure firewalls, passwords and other features are up to snuff.

This might seem like a given, but company leaders cannot afford to skimp on the scanners they’re using. While it’s the document management software that is probably the most valuable element in this process, given that it’s going to be used for the foreseeable future to oversee the records, the scanners matter greatly.

After all, what if the text is blurry or cut off because the hardware is cheap? PC World reported that there are plenty of good options out there, highlighting the SimpleScan options, as well as a desktop Fujitsu machine. 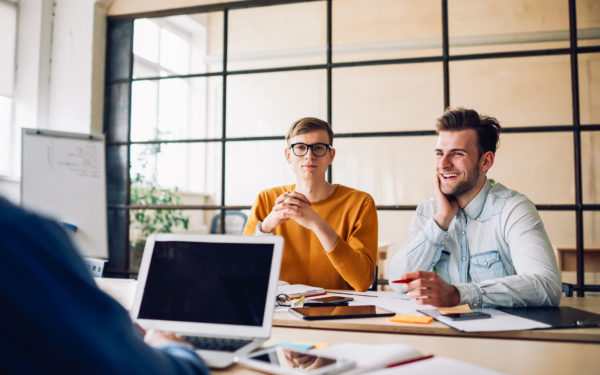